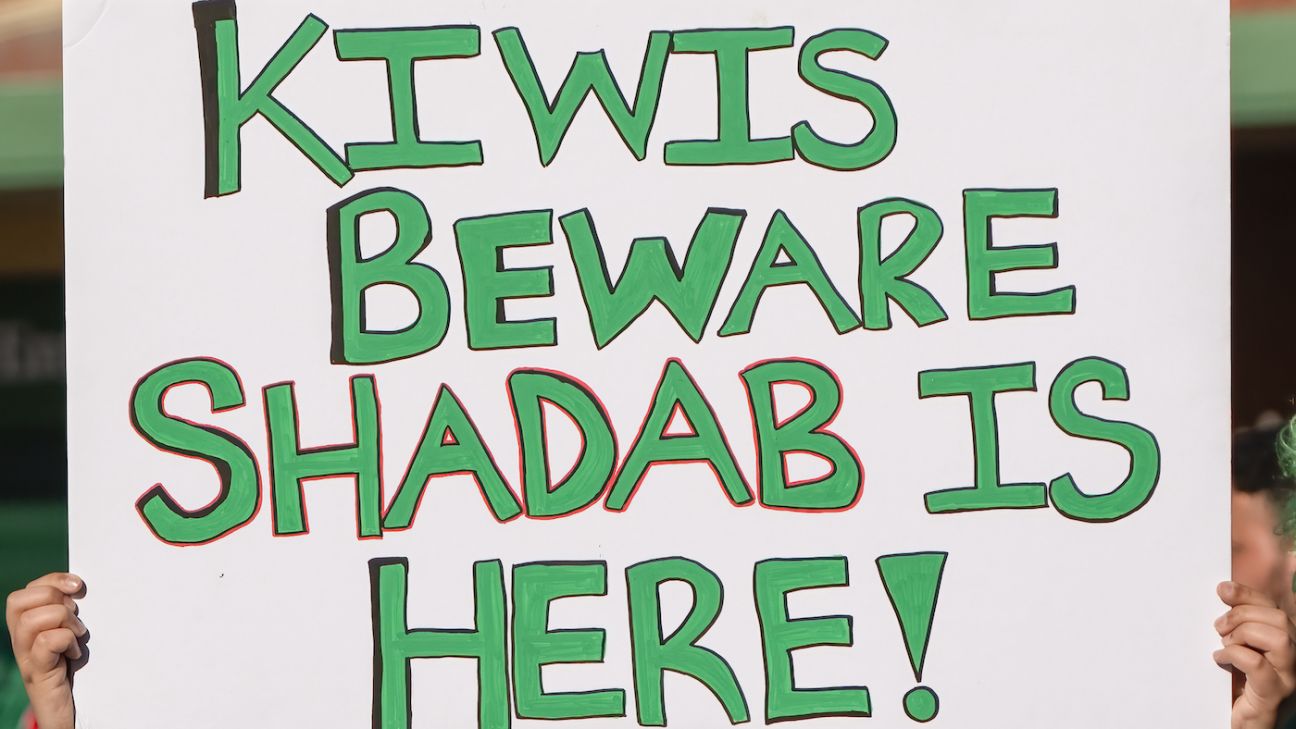 The most crucial factor in Pakistan’s commanding win over New Zealand in the T20 World Cup semi-final was not that they were better with bat and ball, but that they out-fielded their opponents, according to former India captain Anil Kumble.

Former Australia allrounder Tom Moody picked out a moment during New Zealand’s powerplay that was an indicator of Pakistan’s intensity on the day.
“The tone for me was set with one piece of fielding,” Moody said. “And it’s not the run-out. It’s before the run-out [of Devon Conway]. It was by Shadab [Khan], who was at mid-on, dived and stopped the ball from going for four.
“Kane Williamson played a beautiful on-drive, a straight on-drive, and he [Shadab] saved two runs. And that to me set the tone for the way they were going to operate at a team. You talk about body language but you need moments like that to lift the unit and that’s the standard that he basically said ‘this is the standard we are going to set today.”
Former Pakistan Women captain Urooj Mumtaz also said Pakistan’s fielding was a “game-changer”.

“I think the way Pakistan’s road to the semi-final has panned out, there has been a sort of thought that will Pakistan pull this off? Will we see a loopy Pakistan or a clear-and-cut Pakistan? I think Pakistan did not have a lot of pressure going into the game and for some reason every time Pakistan comes to play, their body language says a lot,” Urooj said. “And today, from ball one, the way they bowled and like everyone’s been talking about, the way they fielded, I think was the game-changer. It lifts the mood, you get a couple of wickets in the Powerplay, Pakistan were just ahead of the game from ball one.”

Pakistan’s clinical fielding in the circle helped cut off several shots and New Zealand were restricted to 38 for 2 in the powerplay. The second wicket was a result of a direct-hit from Shadab to run out Conway. Pakistan eventually kept New Zealand down to 152 for 8, and won by seven wickets and five balls to spare.

A huge positive for Pakistan in their run to the semi-finals was the emergence of Mohammad Haris as a fearless, attacking batter and he played another crucial cameo, scoring 30 off 26 balls. His innings ensured Pakistan aced their chase of 153 without hiccups, after Babar Azam and Mohammad Rizwan put on a 105-run opening partnership.
Kumble hailed the impact Haris has had on the team – 89 runs at a strike rate of 161.81 -since being drafted into the squad as a replacement player for Fakhar Zaman.

“Looking at him [Haris], he looks like a free spirit,” Kumble said. “He’s not bothered about getting his eye in or what if first ball he gets out. That’s what you want in a T20 game.

“Batting at No. 3, a crucial position, he has the freedom there. Even if Pakistan were 0 for 2, he has that freedom. And today, Pakistan were 100 for 1. And that was the difference. He comes in there and plays that cameo of 20-30 and just takes the game away from New Zealand.
“It’s really nice that they found someone like Haris, which they did not have in the first couple of game. Because Babar and Rizwan getting stuck in their partnership, eating up balls, and then you have Shan Masood coming and taking his time, suddenly starts putting on the middle order.

“But Haris has come in, he has that free spirit, he has come in and just put the pressure back, changed the momentum. And that’s what you want. In a T20 game, you want the momentum to be on your side at all times and he’s someone who just shifts that.”

Urooj said Haris’ inclusion in the team has “just allowed the rest of the batters to play with a little more freedom or probably up top take a little more time.”

“He is a talent that was first discovered at the PSL. He did not get a lot of chances at Peshawar Zalmi, but every time he did play, he looked to take the game on. Irrespective of who was bowling or what situation the team was in,” she said. “And even when they had the interview with him yesterday, he looked confident of his ability. For a 21-year-old to walk in to the World Cup stage is not easy.”